ArcScan is a medical device manufacturer that builds high-resolution ultrasonic imaging devices for the eye. These products help doctors see through the wall of the eye and behind the iris to support a number of important applications, including preparing for LASIK and cataract surgery and managing glaucoma. The company was founded in 2007 and is headquartered in Golden, Colorado.

As an early-growth-stage startup, ArcScan was relying on its contract manufacturer’s quality system for many years. As sales started to take off, the ArcScan team became frustrated with that system because it was paper-based and inefficient.

“As a startup, the pace of innovation is important,” explains CEO Andrew Levien. “The system we were using didn’t seem to meet our needs. It was clumsy and everything took forever.”

Shortly thereafter, ArcScan decided to establish its own quality system and hire its own internal quality team. As the company began researching its options, they zeroed in on their requirements. The right quality solution would be easy to deploy. It would also be cloud-based so the company’s single IT technician didn’t have to set up a server to manage it.

After scanning the market, ArcScan was drawn to Qualio because it met their requirements and was optimized for medical device companies. As an added bonus Qualio’s pricing aligned with ArcScan compared to competing products.

With Qualio, ArcScan now has a robust electronic quality management system (eQMS) that can grow alongside their business. The medical device manufacturer has already enjoyed a number of benefits since moving to Qualio and is positioned to continue its success in the future.

ArcScan had been using the paper-based quality system for over 10 years. When they moved to Qualio, they had to migrate a significant amount of procedures and historical records, which ended up amounting to around 300 or 400 documents.

Thanks to Qualio’s support, the migration process was straightforward.

“It was relatively easy for us,” Levien explains. “We were pleasantly surprised.”

As makers of a complicated electromechanical device, many ArcScan stakeholders are involved in approving parts, components, and procedures. With Qualio, this process is considerably faster due to the platform’s ability to automatically notify relevant people when their attention is required.

“A lot of this is now driven automatically through the approval process in Qualio,” Levien continues.

For example, in the event a user doesn’t take a required action within three days, they’ll get an email reminding them to do so, and the quality engineer will be copied on that message, which makes compliance easier.

“Any intelligent person would look at Qualio and say, ‘This is exactly what a cloud-based system should do,’” Levien concludes. “But when you actually see it in action, you still think it’s pretty cool.”

Thanks to Qualio’s intuitive design, the ArcScan team was able to be productive on the platform quickly.

“When our VP of Sales entered the first complaint, he said, ‘Well, that was easy,’” Levien says. “Coming from a salesperson, that’s high praise.”

As ArcScan was migrating to Qualio and building its own quality team, they realized that the subcontractor they were working with hadn’t been following all of their procedures. In some extreme cases, corrective actions weren’t taken, and the paper trail “would just stop,” Levien says.

“We were like ‘what happened here? This never got done,’” Levien explains. “As a medical device company, that’s something that scares the heck out of you.”

Luckily, none of those mistakes caused major problems for ArcScan. And thanks to Qualio, Levien and his team don’t anticipate running into a similar scenario in the future.

“I love the fact that every time something is done, there’s an audit trail,” Levien says. “Two years from now, we are not going to run into any of those dead-ends.”

Thanks to Qualio, ArcScan has the peace of mind that comes with knowing they’re audit-ready with an end-to-end digital paper trail that records every action without fail.

“The tool is really strategic for us in making sure we have the discipline to do what the regulatory agencies want us to do,” Levien says. “Qualio frees us from worrying about that, which gives us more time and energy to focus on being best-in-class.”

GET STARTED WITH US

Before you pull out your wallet,
take Qualio for a test drive 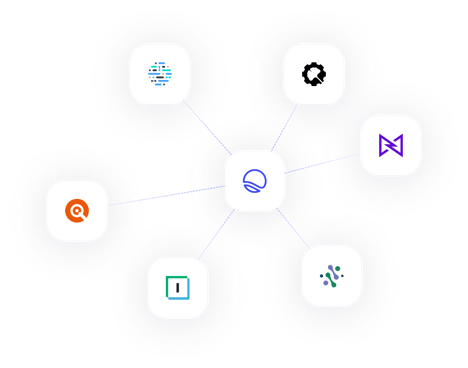