Since the 1990's, Steve Blank has been helping software companies all over the world innovate in how they build their companies. He's been doing this by teaching evidence based entrepreneurship, a framework where startups use hypotheses and experiments to validate their business models. We've been huge fans for a number of years and have applied many of his lessons to our company. Now over a series of posts, Steve has been outlining how to increase the success rate of life sciences startups. Over the next few weeks we'll be re-posting these here for you, with permission of course. Originally posted on August 19, 2013 by Steve Blank on steveblank.comIt was the best of times, it was the worst of times, it was the age of wisdom, it was the age of foolishness, it was the epoch of belief, it was the epoch of incredulity, it was the season of Light, it was the season of Darkness, it was the spring of hope, it was the winter of despair, we had everything before us, we had nothing before us, we were all going direct to Heaven, we were all going direct the other way.

Charles DickensLife Science (therapeutics- drugs to cure or manage diseases, diagnostics- tests and devices to find diseases, devices to cure and monitor diseases; and digital health –health care hardware, software and mobile devices and applications streamline and democratize the healthcare delivery system) is in the midst of a perfect storm of decreasing productivity, increasing regulation and the flight of venture capital. But what if we could increase productivity and stave the capital flight by helping Life Sciences startups build their companies more efficiently?

It was the best of times and the worst of times The last 60 years has seen remarkable breakthroughs in what we know about the biology underlying diseases and the science and engineering of developing commercial drug development and medical devices that improve and save lives. Turning basic science discoveries into drugs and devices seemed to be occurring at an ever increasing rate. Yet during those same 60 years, rather than decreasing, the cost of getting a new drug approved by the FDA has
increased 80 fold.  Yep, it cost 80 times more to get a successful drug developed and approved today than it did 60 years ago. 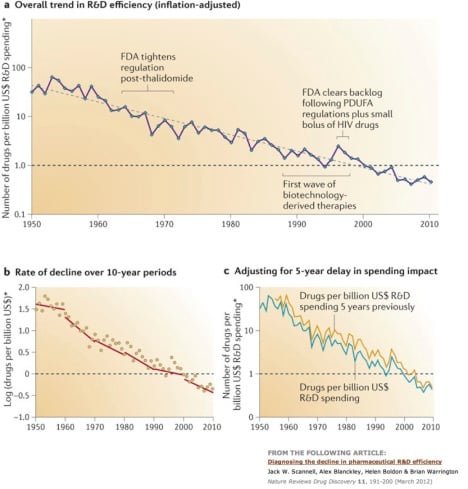 Overal trend in R&D efficiency - LIfe Sciences75% or more of all the funds needed by a Life Science startup will be spent on clinical trials and regulatory approval. Pharma companies are staggering under the costs.  And medical device innovation in the U.S. has gone offshore primarily due to the toughened regulatory environment. At the same time, Venture Capital, which had viewed therapeutics, diagnostics and medical devices as hot places to invest, is fleeing the field.

In the last six years  half the VC’s in the space have disappeared, unable to raise new funds, and the number of biotech and device startups getting first round financing has dropped by half. For exits, acquisitions are the rule and IPOs the exception. While the time, expense and difficulty to exit has soared in Life Sciences, all three critical factors have been cut by orders of magnitude in other investment sectors such as internet or social-local-mobile.

And while the vast majority of Life Science exits remain below $125M, other sectors have seen exit valuations soar.  It has gotten so bad that pension funds and other institutional investors in venture capital funds have told these funds to stay away from Life Science – or at the least, early stage Life Science. WTF is going on?  And how can we change those numbers and reverse those trends? We believe we have a small part of the answer.

And we are going to run an experiment to test it this fall at UCSF. In this three post series, the first two posts are a short summary of the complex challenges Life Science companies face; in Therapeutics and Diagnostics in this post and in Medical Devices and Digital Health in Part 2. Part 3 explains our hypothesis about how to change the dynamics of the Life Sciences industry with a different approach to commercialization of research and innovation.

It was the Age of Wisdom – Drug Discovery There are two types of drugs. The first, called small molecules (also referred to as New Molecular Entities or NMEs), are the bases for classic drugs such as aspirin, statins or high blood pressure medicines. Small molecules are made by reactions between different organic and/or inorganic chemicals. In the last decade computers and synthesis methods in research laboratories enable chemists to test a series of reaction mixtures in parallel (with wet lab analyses still the gold standard.) Using high-throughput screening to search for small molecules, which can be a starting point (or lead compound) for a new drug, scientists can test thousands of candidate molecules against a database of millions in their libraries. Ultimately the FDA Center for Drug Evaluation and Research (CDER) is responsible for the approval of small molecules drugs.

The second class of drugs created by biotechnology is called biologics (also referred to as New Biological Entities or NBEs.) In contrast to small molecule drugs that are chemically synthesized, most biologics are proteins, nucleic acids or cells and tissues. Biologics can be made from human, animal, or microorganisms – or produced by recombinant DNA technology. Examples of biologics include: vaccines, cell or  gene therapies, therapeutic protein hormones, cytokines, tissue growth factors, and monoclonal antibodies. The FDA Center for Biologics Evaluation and Research (CBER) is responsible for the approval of biologicals.

It was the Season of Light The drug development pipeline for both small molecules and biologics can take 10-15 years and cost a billion dollars. The current process starts with testing thousands of compounds which will in the end, produce a single drug. In the last few decades scientists searching for new drugs have had the benefit of new tools — DNA sequencing,  3D protein database for structure data, high throughput screening for “hits”, computational drug design, etc. — which have sped up their search dramatically.

The problem is that the probability that a small molecule drug gets through clinical trials is unchanged after 50 years. In spite of the substantial scientific advances and increased investment, over the last 20 years the FDA has approved an average of 23 new drugs a year. (To be fair, this is indication-dependent. For example, in oncology, things have gotten significantly better. In most other areas, particularly drugs for the central nervous system and metabolism, they have not.) 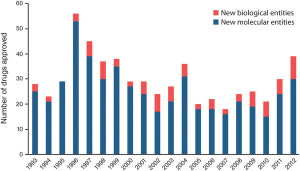 It was the Season of Despair With the exception of targeted therapies, the science and tools haven’t made the drug discovery pipeline more efficient. Oops. There are lots of reasons why this has happened.Regulatory and Reimbursement Issues

In Part 2 of this series, we describe the challenges new Medical Device and Digital Health companies face.  Part 3 will offer our hypothesis how to change the dynamics of the Life Sciences industry with a different approach to commercialization of research and innovation in this sector.
Share 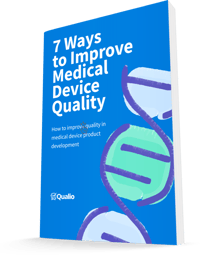 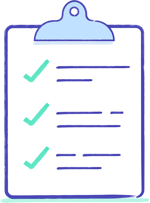 Find the cracks in your quality management processes.

Take our interactive, 20-question self-assessment and quickly learn how to improve quality management.

This Will Save Us Years – Lean LaunchPad for Life Sciences 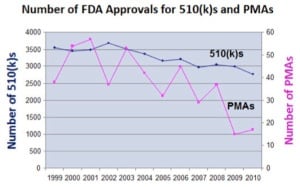